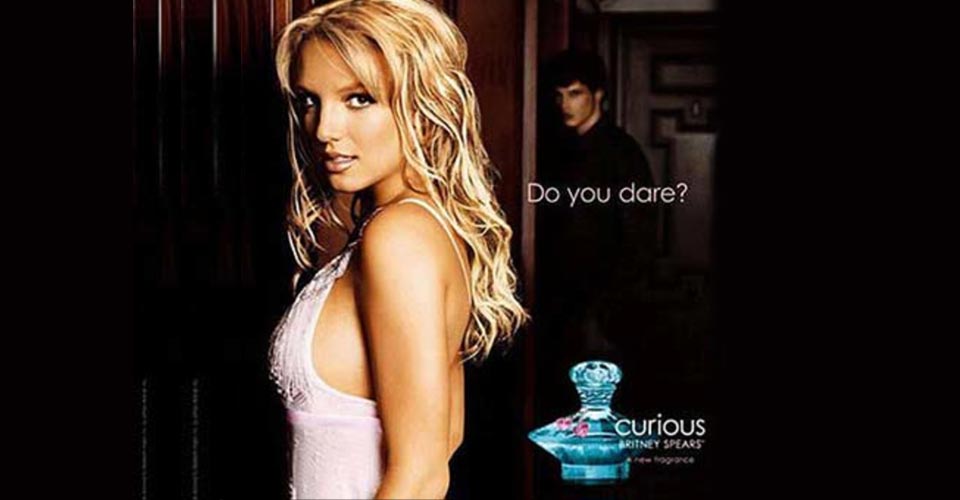 The Britney Spears fragrances are going to be at the top of most women’s list of ‘smelly things that I really want for my birthday/Christmas/anniversary’, well, I’m sure you can fill in the rest; but as a man, in a world where anything that doesn’t smell like a two week pair of old socks, is classed as fragrant, we may be trying to figure out just what the fascination is with something that will be used sparingly, and probably costs more than that xbox360 game that we really wanted?

Of course, you know who Britney is, right? You’ve seen her videos, many, many, many times, but did you know that, in 2004, she teamed up with the legendary cosmetics company, Elizabeth Arden, to release her own brand of Britney Spears fragrances, called ‘Curious’?

In fact, so successful was the collaboration between this cosmetic giant, and the diminutive pop star, that Britney’s line of fragrances now contributes as much as 30% of the total takings of all of the celebrity fragrances. Since 2004 she has gone on to release the Fantasy, Curious in Control, Midnight Fantasy, Believe, Curious Heart, Hidden Fantasy, Circus Fantasy, and Radiance, fragrances.

Obviously, as you suspected earlier, a top of the range line like this isn’t exactly cheap, and if you’ve ever seen the bottles that they come in, you’ll have a fair idea of where some of the cost goes.

So what do you do if you really need to buy this for the one you love, and you don’t have the sort of money that Britney Spears perfumes are selling for? Ok, apart from considering taking out a small bank loan, there are a few options open to you; so let’s see if we can get a decent discount, ok?

The first thing that you should do is to check online for comparison sites. Comparison sites can give you a quick look at where the particular Britney Spears perfume that you want to buy is being sold, and how much each retailer is selling it for; preferably as cheap as possible, right? Doing it this way can save you a lot of leg work, and it’s so much easier to get those bargains before they’ve all sold out.

If you haven’t had much luck with the comparison sites i.e. the costs are still far more than you really want to pay; then you can look into buying it from overseas. No, it doesn’t mean that you’ll have to leave the country just so that you can buy it duty-free, it just means that you may be able to find a retailer overseas who you can buy it from, and have it shipped over for less than it would cost to buy locally. Try one of the overseas branches of Amazon to see if you can get it sent to you for less.

If, however, you’re going to buy it from overseas, you’ll have to take into account exchange rates, shipping, and possible customs costs if they decide that some tax is payable on it.

Your next option, for getting a large discount on Britney Spears fragrances, could be to try one of the online auction sites. Before buying from anyone, though, check their feedback to make sure that previous buyers have been happy with their purchases; there are a lot of people selling ‘cloned’ branded products, so take precautions to make yourself as sure as you can be that you’re not buying from one of these people.

So, if the closest that you’re ever going to get to curling up with Ms Spears is to buy one of the Britney Spears fragrances for your lady to wear, and you can’t afford to pay the full retail price, then make a few checks online to see if there are any discount deals going. If you do buy from a source that’s not a recognised retailer, pay by credit card, because they have an insurance policy that may cover you if the goods you buy aren’t the real thing.

The last thing you want is to be saying ‘oops – I did it again’ after buying a cheap fake copy of one of the Britney Spears fragrances.